Grace Cannot Be Explained – It Can Only Be Experienced When a man first comes to the Mission, he is often addicted, has lost his dignity, and feels ashamed, broken, and hopeless. He knows that something needs to change – often a lot of “somethings”! At first, he’s thinking, “how am I going to change?”, with the focus on doing it himself.

As he settles into the routine of *CLRP’s Residential first phase, attending classes, chapel services, and volunteering onsite, he begins to see the Gospel that is presented, and with that, he sees new hope. He sees the hope that comes from the truth that God will help him, and that he does not have to do all this alone.

For most men, salvation is not a dramatic experience. It’s simply a release of self– when he comes to the end of himself and surrenders to God’s love and His ways. By the time that first six months have passed, his reasons for being in the program have changed. No longer is his past substance use the focal point. Instead, he is working towards growing his relationship with the Lord, allowing God’s grace to transform his imperfection to be like Christ.

Now, if anyone is enfolded into Christ, he has become an entirely new person. All that is related to the old order has vanished. Behold, everything is fresh and new. 2 Corinthians 5:17 TPT

“Grace cannot be explained; it can only be experienced,” observes Jake Sexton, Case Manager for *Changed Life Recovery Program. Jake further explains that often the men cannot identify exactly WHAT has changed inside them as the drugs and alcohol recede and their real purpose is revealed.

Don came to the Mission as a vocal atheist who was outraged that his estranged wife would bring him to a place “like this”. Always a social drinker, Don’s drinking increased with newfound spare time following retirement. And then a bad car accident led to prescription opioids that did not stop when the script ran out. He spiraled out of control in drug and alcohol use, and eventually, his wife left him. Don recalls contemplating suicide as he describes how he repeatedly hoped he would not wake up the next morning, even on the very eve of his arrival at the Mission in the summer of 2021.

After detoxing at Frederick Health Hospital for ten days, Don was back at the Mission, still experiencing withdrawal and complexly broken. But then he started reading his Bible, getting up at 4:30 in the morning to read the Gospels for hours before breakfast. He still did not understand all that he was reading and being taught, but God’s grace intervened one day when Don read the familiar passage in Matthew 6:25 where Jesus exhorts us not to worry. Mentally, Don had been fretting about his house, pending court dates, and bills. But suddenly and without explanation, those worries simply left him, and had good sleep for the first time in memory. The following day’s teaching spoke about God’s forgiveness, and Don began to think that perhaps God would forgive even him — but he was still unsure that God was for him. Mercifully, Jesus did not have him wait long, and two weeks later another teacher who is a CLRP graduate asked him a simple question, “Have you surrendered to God?” Don admitted that he had not yet done so, and then proceeded to make the life-changing decision to turn his life over to Jesus right then and there, receiving the offer of forgiveness!

Don knows that God is both real and personal by the peace he feels. This is the first time in his life that he has been at peace – way back in childhood he recalls fighting internal strife. He revels in being a different person, and even his wife and daughter say that they cannot wait to spend time with him when he completes the program. He’s letting God lead his life, and he has hope for the future as he enters transitional living, the second phase of the year-long program before graduating later this summer. This month, we are thrilled to celebrate 2 full program graduations and 5 promotions to Phase 2.

Behind the Scenes: Mission 10 Miler

Nina Catron, Mission 10 Miler committee member, not only works hard behind the scences for the race but she also runs in it! As an

Food Distribution Center: Blessed to Give

Each year, almost 1,000 volunteers flood the Mission for a combined total of 30,000 hours of dedicated service! They keep the Mission running by driving 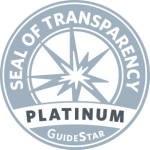